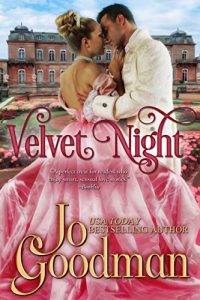 He betrayed her father

Ever since she was a girl, flame-haired Kenna Dunne had hated handsome Rhys Canning for lying about killing her father. Now, even though she hadn’t seen him since the war ended, the vengeance-seeking beauty swore to make the smooth-talking scoundrel confess his crime. But the moment she confronted him, all Kenna could do was stare breathlessly at his magnificent body, his ebony hair, and his entrancing eyes. She knew she should denounce him as a murderer, but somehow all she could do was caress him as her lover. . .

She broke his heart

As an American spy, Rhys could never reveal the truth to the fiery Kenna without jeopardizing his mission. It was best that he never again see the provocative temptrss. . . but she’d raged in his blood for years and now it was time for the reward for his patience. The brash colonial crushed her lips beneath his and molded his strong hands to her lush curves. Even though he knew she’s detest him forever after this evening, Rhys had waited too long to keep from recklessly plunging into glorious splendor during this long luscius VELVET NIGHT.

One would think that by this time I would have figured out the “rules”. The truth is, I didn’t know there were any. Publishers often have tip sheets that offer guidelines about the manuscripts they’re accepting. I didn’t even know they existed. It was just an accident that until this point at least one of my characters had always been American. VELVET NIGHT, as originally begun, strayed from that rule. Both Kenna and Rhys were English. I sent in the first 150 pages for my editor to take a look at and she called me after reading half of that. Bad news. Zebra had a guideline back then that at least one of the main characters had to be an American. Hmmm, says I. That’s a little bit more of a problem than the find/replace key can handle. So we hang up and I stop in my writing tracks (by now I’m working on page 250+). I do a lot of editing, rethinking, and rewriting and by midnight I have a hero who is now an American with an estranged father who is the American ambassador to Great Britain. I’m satisfied I’ve solved the problem and can move on. I start writing again where I’d left off the previous day and I’m interrupted by another phone call. This time my editor says, Good news. She’s finished reading the rest of the pages I sent her and likes the story so much she will advocate for bending the guidelines. I won’t have to change a thing. Hmmm, says I again. (I’m not particularly articulate in moments of high stress.) I explain that everything has been changed satisfactorily and I can manage with what I’ve got. That’s when she informs me it isn’t enough that one of the characters is now American. Part of the story will have to take place in the United States. I say, sure, okay, I can do that. (My Gumby-like flexibility again.) But now poor Wendy McCurdy is a little suspicious. She tactfully points out that something has to happen in the United States. I can’t just send the characters there for no particular reason; it has to be integral to the plot. How will I make that happen? she wants to know. In fact, I have no idea, but ever the quick thinker, I respond, I’m a writer, I’ll make it up.

And I did. Alexis Danty and Tanner Cloud would not have made an appearance if the story had only taken place in London. It was a happy accident to visit them again.

Kenna, the heroine in VELVET NIGHT, takes her name from a little town in West Virginia. I pass the exit for Kenna every time I go to Charleston.

VELVET NIGHT was particularly fun to write, at least after all that changing things around, because I purposely wrote most of it without knowing who the murderer was. I decided to leave enough clues along the way so I could pick the murderer from among the usual suspects near the end. Anyone who guesses the identity early on, is making their choice long before I actually did.