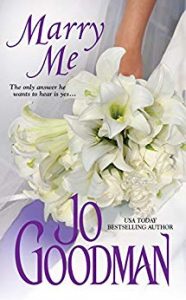 HER HEART WAS LOCKED AWAY

Rhyne Abbott is fierce, brave, and used to a life of isolation on her father’s spread on the outskirts of Reidsville, Colorado. But when, overcome with sickness, she collapses, she knows she must return to town if she is to have any hope of recovery. Only there is no place for her but the new doctor’s home, and he wants more than just to heal Rhyne. He wants her hand in marriage.

UNTIL ONE MAN FOUND THE KEY

Doctor Cole Monroe’s hands are already more than full with his orphaned little sister to look after, and yet somehow he can’t resist the magnetic pull of Rhyne’s bewitching eyes—or her tempting kiss. But convincing her to trust him won’t be easy. For Rhyne’s heart needs as much tender care as her ailing body. And the only cure is the thing she most fears: to let herself fall in love…

Sometimes names do more than inspire a character. Sometimes they inspire a story. That’s what happened when I “met” someone named Rhyne. I put quotations around the met because it was one of those fleeting online connections courtesy of Apple Support.

I download a lot of audiobooks. There are plenty of days that I wouldn’t have the motivation to ride my bike if it weren’t for my need to hear more of whatever story I’m listening to. After every ride I create my own cliffhanger by ruthlessly turning off the iPod no matter where I am in the book. Want to hear more? Get back on the bike. (Okay, sometimes I cheat and listen when I’m driving if it’s a long trip.)

So maybe you’re wondering how listening to audiobooks connects back to Apple Support, or if you’ve had occasion to have to Report A Problem, you already know and want me to get on with it.

For some reason I stopped getting receipts for the books I was ordering. I need to print and keep the receipts so this was annoying. When I reported the problem, Rhyne was the tech support who responded to my email query. The problem wasn’t resolved easily but in the course of figuring it out, Rhyne and I were able to exchange a few pleasantries. Naturally I asked about the name. I was told Rhyne was named after a soap opera that Rhyne’s mother watched: Ryan’s Hope. Rhyne’s mother played around with the spelling and came up with Rhyne but pronounced it Ryan. I’d guessed, but Rhyne clarified that she was a she and explained it sometimes caused confusion for her. I’d already told her I wrote historical romances (and she looked me up on the web) and that was my interest in her name. That’s how an Apple tech inspired Marry Me.

It must be said, though, the next time I encountered this problem, the Apple tech that responded could only have inspired a character who raised the ire of everyone whose life he touched. He could have been the reason that normally sane characters went postal. He helped me connect with #*$&(% and #*%*#. He might have made a good villain if he’d been smarter – and had a better name.