Boots Under Her Bed 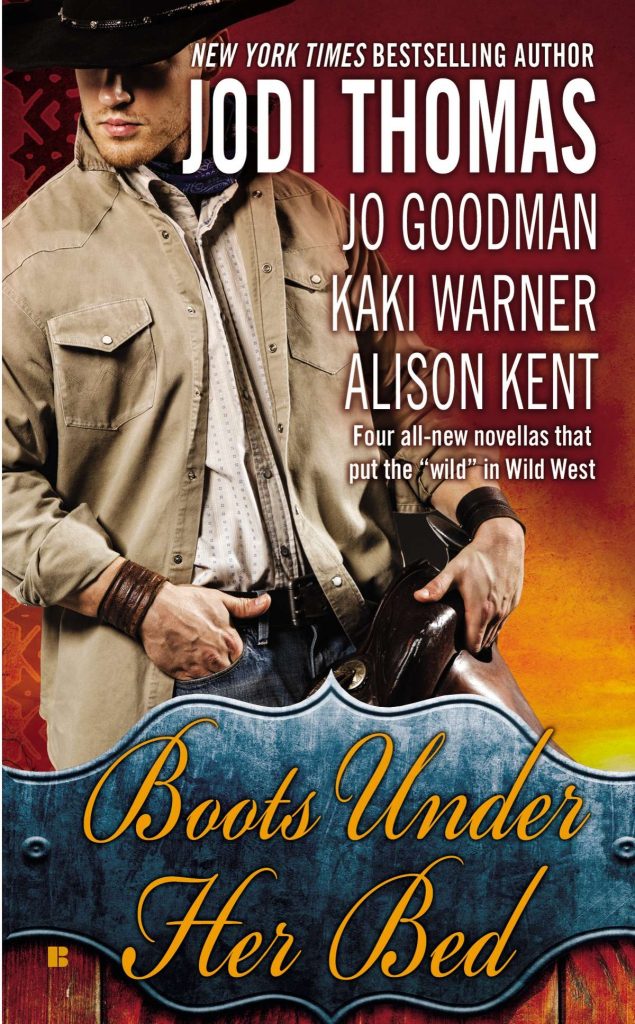 Felicity Ravenwood was raised to be independent-minded, but when this runaway bride opposes her father’s choices, it is up to Nat Church to bring her around. But he doesn’t count on springing her from jail, holding her hostage, or falling head over boot-heels in love.

Some of you will recognize the hero of Nat Church and the Runaway Bride as the fictional adventurer of the dime novels mentioned in The Last Renegade. Nat Church’s exploits are also referenced in True to the Law and in In Want of a Wife. When the opportunity was presented to me to contribute a short story for this anthology, I didn’t hesitate. This dime novel had to be about Nat Church because he did not exist outside my head until I committed him to bytes.

I’ve always been drawn to romance novels. I don’t necessarily mean love stories, although I certainly have nothing against them. I’m talking about romance as a broader concept, the idea of adventure and drama and mystery and characters that are moved as much by ideals as they are moved by ideas. If someone gets kissed along the way, well, that’s all to the good. Is it any wonder that I found my way to the popular fiction of a century ago – the dime novel?

Dime novels figure prominently in The Last Renegade. Most of the townsfolk in 1880’s Bitter Springs, Wyoming are of the opinion that Nat Church, the titular hero of over twenty dime novels, is a flesh and blood adventurer. They have good reason to harbor that notion since people like Buffalo Bill Cody and Wild Bill Hickok did appear in serialized stories. Like many readers (me included), they want to believe in the Western hero: a man who will right wrongs, stand up for the oppressed, shoot the eye out of a one-eyed jack at ten paces, and save the town. He might even get the girl, although he’d be real gentlemanly about it.

Dime novels, with their lurid covers, violent content, and heroic themes, were choice reading for adolescents, especially boys. Certainly they were more exciting than the moralizing primers of the day, and along with newspaper accounts that read more like fiction, they romanticized life on the frontier to the extent that they might have contributed to the Western movement.

“A quartet of powerhouse western writers delivers entertaining, sensual, realistic novellas to satisfy a reader’s craving for a good old-fashioned wild west romance. There’s humor, drama, excitement and plenty of passion as four wonderful women find that the love of a western man is just what they need.” ~Kathe Robin